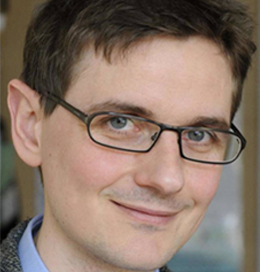 Stéphane Bordas is a Professor of Computational Mechanics at the University of Luxembourg and at Cardiff University. His goal is to develop computational and data science methods that are common to a variety of problems in science and engineering. Since 2009 when he became a Professor at Cardiff, he has set up a multi-disciplinary team funded in part by the European Research Council, to develop data-driven methods and digital twins. One application of this work is the biomechanics of the brain and the development of surgical simulators.  His PhD, awarded by Northwestern University, in 2004 was in theoretical and applied mechanics focusing on the growth of cracks and biofilms.

His team was the first to propose real time error estimators in biomechanics, and has worked in areas ranging from computational archeology, science of science, sociology, farming, computational biomechanics and fracture mechanics.

He has supervised over 35 PhD students and has been in the top 150 most cited researchers in computer science engineering and cross field for the past 6 years according to Clarivate Analytic. He is the Editor in Chief of numerous journals, including Advances in Applied Mechanics, which ranks number one in Computational Mechanics in 2020. He’s attracted over 27 million in third party competitive funding since year 2006.

He’s leading a group of over 30 researchers in Luxembourg and has collaborated with dozens of institutes worldwide and has a very close relationship to India, Taiwan and Vietnam, which he started working with as early as 2006. He has held visiting appointment in a dozen institutions worldwide.

He is also the Chief Scientific Officer of the Startup Arianatech, a made-in-Luxembourg Startup focusing on Risk Management, since year 2020.

Stéphane Bordas is the founding director of the Data and Computational Science Doctoral Programme at the university of Luxembourg, which is currently training about 50 PhD students at the interface between computational science, data science and applications ranging from social to neuroscience.