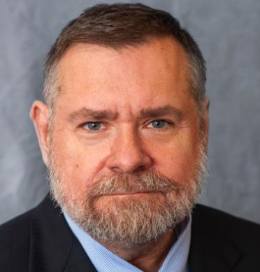 Prof. Krueger’s group focuses on cutaneous inflammation and autoimmune mechanisms in human skin. Their research is fundamentally rooted in “bench-to-bedside” science, combining the clinical study of new medical therapeutics with laboratory research on relevant immunopathogenic mechanisms in human cells and tissues. The laboratory conducts clinical research on patients with psoriasis Vulgaris at The Rockefeller University Hospital. By combining novel immune-directed therapeutics with the large-scale study of gene expression, an approach called pharmacogenetics, the researchers seek to uncover the molecular pathways that cause pathogenic inflammation and regulate normal human immune responses.

More experimental immunotherapeutics have been tested for psoriasis than for any other human inflammatory disease. Prof. Krueger’s group has pioneered several successful treatments, including some that act on T cells. One of these therapies counteracts specific inflammatory cytokines; another involves a type of ultraviolet light with immunomodulatory properties.

Prof. Krueger’s research in healthy skin has shown that a previously unknown population of dendritic cells exists alongside macrophages in the skin. Other recent work by members of the lab has shown that a newly discovered immune cell, Th17, plays a central role in psoriasis and could serve as a target for future therapies. This T cell subset is regulated by IL-23, a protein shown by the group to be upregulated in psoriasis. IL-23 antagonism has produced major improvements in psoriasis, suggesting a new class of therapeutics. And by investigating the contribution of activated T lymphocytes, Krueger has found that psoriasis may be induced by tissue-infiltrating T lymphocytes, which trigger keratinocytes into a physiologically regulated wound repair pathway of hyperplasia and altered differentiation.