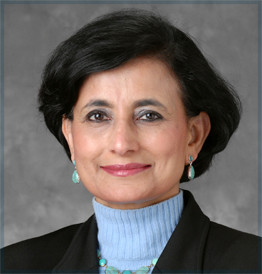 The multi-disciplinary head and neck research program integrate genomics, epigenomics, next-generation sequencing, and immune checkpoint research strategies. Despite considerable efforts, the 5-year survival rate for HNSCC has not changed significantly. Patients with advanced HNSCC are limited to a complete response of 50% and often require long-term rehabilitation. However, early detection increases survival to 80%. To facilitate timely diagnosis and improve treatment and prognosis, elucidation of early detection markers is crucial. Our current focus is on genetic, epigenetic, transcriptomic, and infection makers for early detection, diagnosis, and prognosis of HNSCC

Network integration of epigenomic data: Leveraging the concept of master regulators to prioritize patient- and disease-specific therapeutic targets: The majority of published studies investigating driver genes have focused primarily on genomic mutations which have led to novel study designs (basket trials) where patients with a rare mutation, regardless of tumor histology, are matched to a drug expected to work through the mutated pathway. This dominant focus on genomic mutations has overshadowed consideration of inclusion of epigenetic information. Causal Networks are small hierarchical networks of regulators whose activity can be modulated by the expression of downstream target genes to enhance understanding of the effect of upstream master regulators on disease or function. A master regulator is a gene or drug positioned as the central or master hub that has the ability to command or influence downstream events. Our focus is on establishing the ‘driver’ potential of genes previously reported as significantly differentially methylated between HPV positive and HPV negative HNSCC tumor samples and subsequently validated by our group in two independent sample sets.

Immune markers of response to immunotherapy in head and neck cancer: Recent clinical advances with drugs that block immune checkpoints, such as Nivolumab, have brought immunotherapy out of the realm of highly specialized therapy and into the main¬stream of oncology. However, the building momentum for these new drugs and treatment combinations in oncology comes with increasing costs to the consumer. The challenge has been to find out why some patients respond whereas others do not. Our goal is to establish genetic markers as 1) novel immune biomarkers informative for the presence of an inhibitory milieu of tumor immune infiltrating cells (TILs) and relatedly useful in predicting prognosis in head and neck cancer and 2) a predictor of high mutational load (using next-generation sequencing) and therefore as having likely utility as a biomarker of response to immune checkpoint therapy in HNSCC.

Benign Breast Disease (BBD): The majority of studies reporting risks of BC from BBD address predominantly homogenous Caucasian American (CA) cohorts, limiting our understanding of how those risk factors affect non-CA populations. Our current focus is to assess whether the reduction in risk of BC among those women whose breast tissue has undergone extensive lobular involution is independent of other markers of risk, including BBD lesion composition, multiplicity, and race. In determining whether the protective effect of lobular involution extends to non-CA women with BBD, we aim to increase the predictive ability of breast cancer risk models to benefit minority populations as well.

Disparities in Breast Cancer Outcomes: A widely accepted and well-validated approach to categorizing breast cancer is based on its molecular profile. The most common of these molecular subtypes are so-called luminal A tumors, which also have the best prognosis with an approximately 90% five-year survival rate. In contrast, three other types of breast cancer, basal-like [which have the triple-negative (TN) phenotype], HER2-overexpressing (H2E), and luminal B tumors, have appreciably poorer prognoses and disproportionately affect young women, African American women, and Hispanic women. We are currently focused on identifying and validating DNA methylation profiles with predictive and prognostic value for ER-negative BC in African American and Caucasian American women and to then translate these findings into potentially clinically useful subtype-specific risk prediction models.