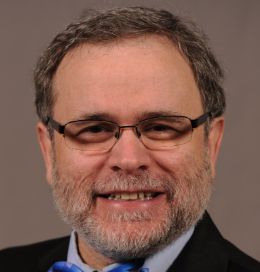 Dr. Siegel received his medical degree from Albany Medical College in New York, completing his residency in dermatology at Parkland Memorial Hospital in Dallas, Texas. This was followed by a fellowship at Mohs Micrographic Surgery and Dermatologic Surgery at Baylor College of Medicine in Houston, Texas. Dr. Siegel also earned a Master of Science degree in management and policy from the W. Averell Harriman School for Management and Policy, State University of New York at Stony Brook, and holds an Advanced Certificate in Labor/Management.

Dr. Siegel has published more than 100 articles and book chapters in major medical journals and textbooks. He is a reviewer, editor, or advisor for major dermatology journals. His more than 500 lectures have been presented at national and international congresses. His expertise extends to a variety of area outside of “routine” dermatology including among many cutting edge computer technology and botany. He also served from 2003 to 2010 as the AAD representative to American Medical Association Specialty Society RVS Update Committee (RUC) and current serves as the AAD advisor to the RUC.

Dr. Siegel has received the 2013 American Skin Association Public Policy & Medical Education Award and the 2012 Clinical Educator Award from the 2012 Winter Clinical Dermatology Conference. Among Dr. Siegel’s many other awards and honors are the Academy of Dermatology Presidential Citation, which he received in 2000, 2006, 2007, 2009, and 2010. He was the 2009 recipient of the President’s Volunteer Service Award, and, in 2008, he received the American College of Mohs Surgery Distinguished Service Award. For several years in a row, Dr. Siegel has been listed as one of Castle Connolly’s New York Metro Area “Top Doctors.” He was elected to honorary membership in the American Academy of Dermatology in 2015.