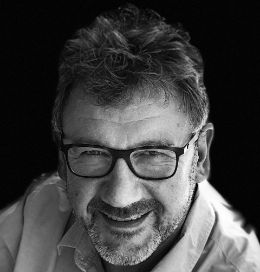 Alain Mauviel got his PhD Degree from the University of Paris/Orsay, France in 1989. Shortly after being appointed as a tenured scientist by the National Center for Scientific Research (CNRS, France), he moved to the Department of Dermatology and Cutaneous Biology of Thomas Jefferson University in Philadelphia, USA chaired by Professor Jouni Uitto. There, he developed a research team studying the transcriptional mechanisms regulating extracellular matrix gene expression in response to cytokines and growth factors. He was promoted Associate Professor in 1996. Soon after, his team identified COL7A1 as  the first known human SMAD targets downstream of the TGF-ß receptors. In 1999, Dr. Mauviel returned to Paris, France, where he was recruited as a Research Director by the French National Institute for Health and Medical Research (INSERM). In 2004, e was promoted to the rank of INSERM 1st class Research Director. He was the Director of an INSERM Unit dedicated to the understanding of the molecular mechanisms of skin homeostasis from 2004 to 2009 at Hôpital Saint-Louis, Paris. He then moved to Institut Curie to run a team focused on TGF-ß signaling, as it relates to skin homeostasis, tissue repair and melanoma oncogenesis.